Culture Catalyst: Celebrating the art and legacy of the Neighborhood Arts Program 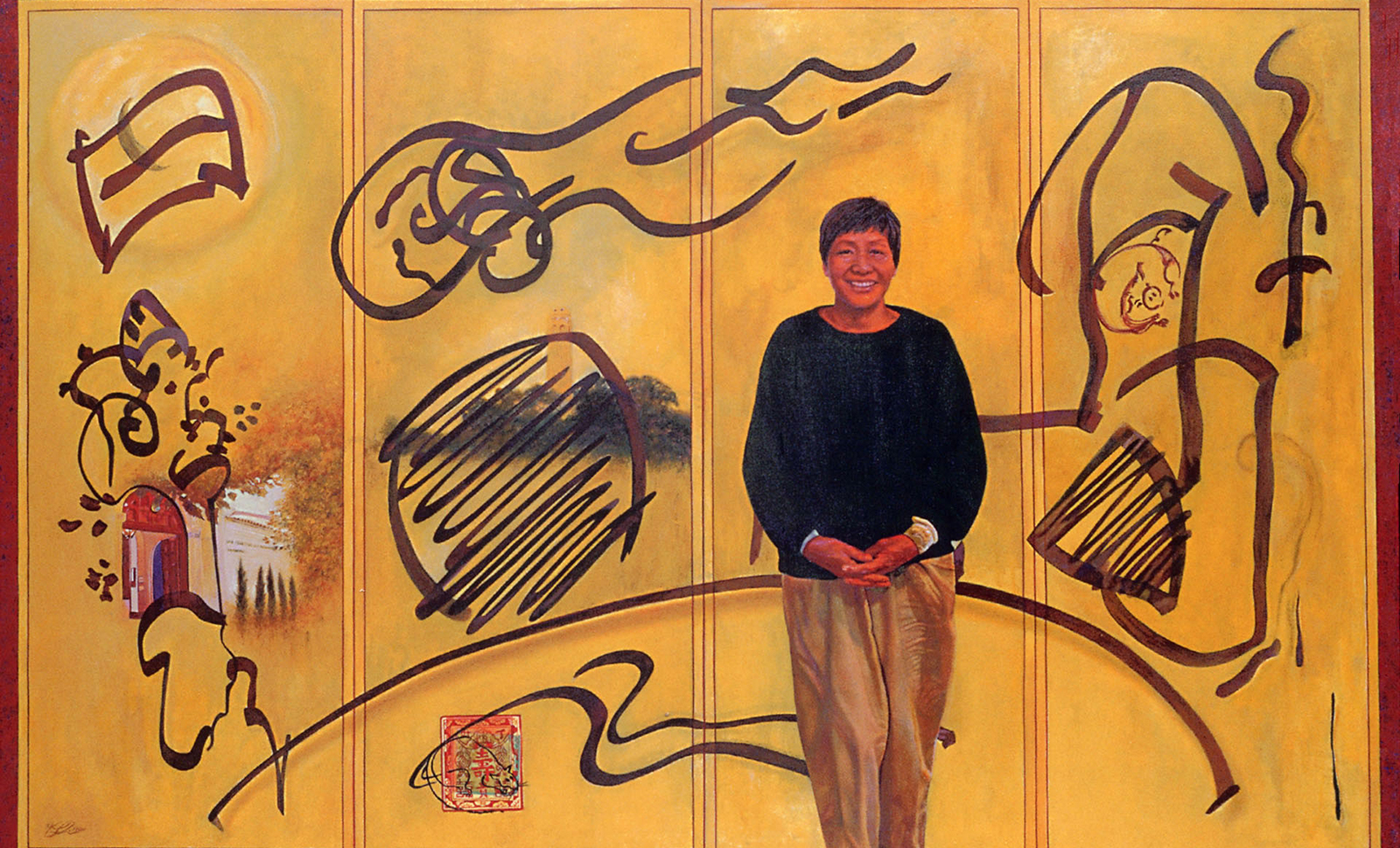 In 1967, artists, arts workers and activists banded together and launched a grassroots campaign to demand that the City support, not only major arts institutions such as the symphony, ballet and opera, but also the presentation of arts in San Francisco’s diverse neighborhoods. Culture Catalyst celebrates the groundbreaking program born out of this movement with work by over 20 contemporary artists who represent the Program’s ongoing legacy. The exhibition will also feature a series of specially commissioned drawings by California artist Veronica De Jesus that illustrate pivotal Program milestones.

The Ones Held Tightly in My Hands 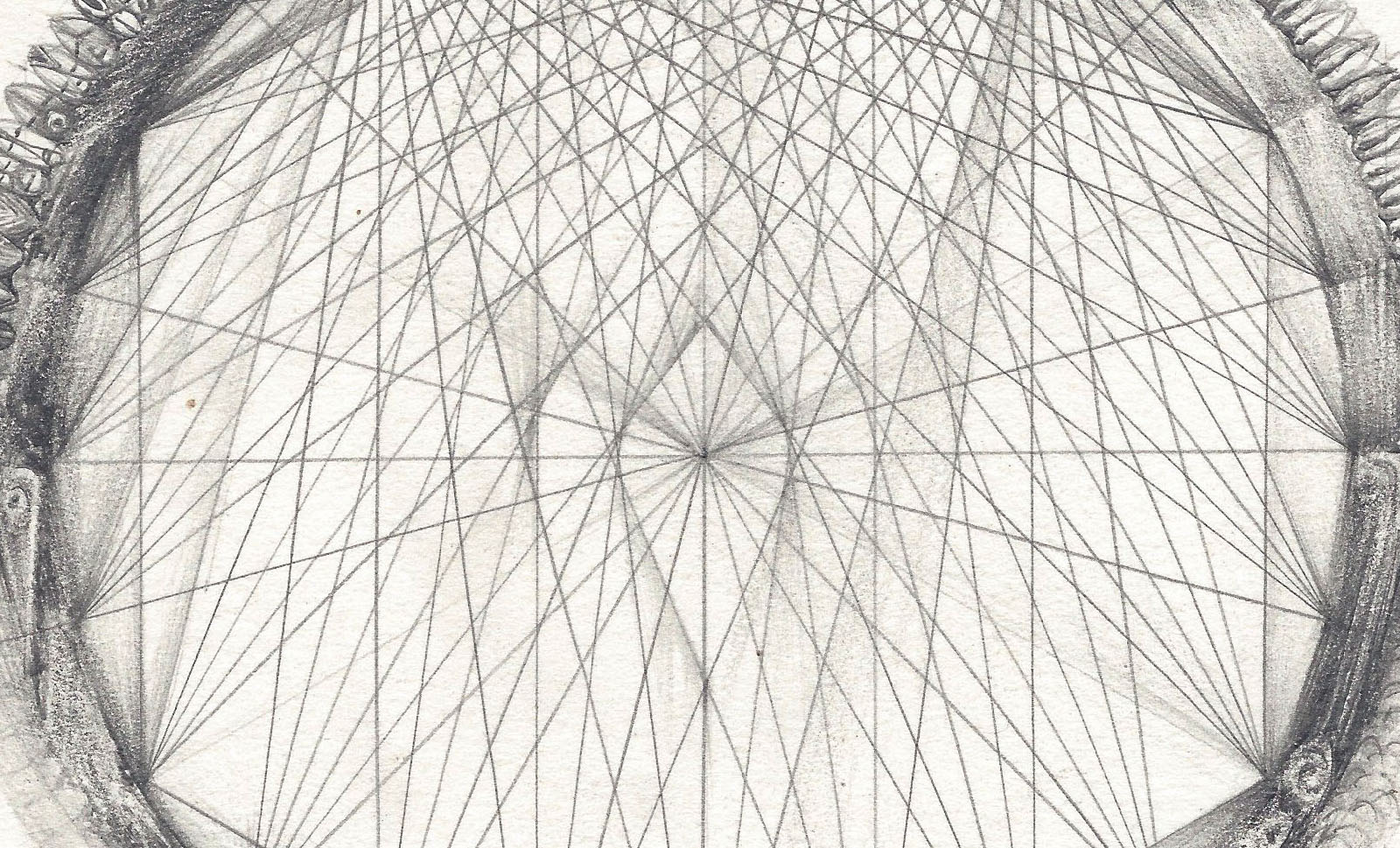 The ones held tightly in my hands features drawings by San Francisco-based artist Sydney Cain. Cain's highly detailed figurative drawings on paper bring to light buried myths and lives of both the ancients and the futurists. Just as carbon is transformed into graphite or diamonds through extreme heat processing, Cain utilizes graphite as a medium to transform our suffering into opportunities to heal, to remember the evolution of spirit, and to gain wisdom.

Kenyatta AC Hinkle's The Retreival features drawings, sculpture and video that responds to the disappearance of Black women and female-identifying women due to various abuses and the current human trafficking trade. Hinkle states, “There’s often a community that knows about women and girls engaged in prostitution or being trafficked, and yet how does accountability enter into the consciousness of teachers, neighbors, shop owners, etc…? How do we ghost these women/girls and how does society at large ghost them?” The Retrieval responds to these questions with new work from two distinct series. Included are over 60 drawings from the artist’s ongoing Evanesced series, which focuses on the erasure of Black women from the African Diaspora. Holding court in the center of the space is a colorful, textile-based figure inspired by Nigerian Egungun festival costumes. The work is a new addition to the artist’s research and educational platform for a contested geography and culture named Kentrifica. Created specifically for this exhibition in collaboration with Angelica Ekeke, the artist can be seen as a healer figure in a newly commissioned video work.

The Ones Held Tightly in My Hands

The ones held tightly in my hands features drawings by San Francisco-based artist Sydney Cain. Cain's highly detailed figurative drawings on paper bring to light buried myths and lives of both the ancients and the futurists. Just as carbon is transformed into graphite or diamonds through extreme heat processing, Cain utilizes graphite as a medium to transform our suffering into opportunities to heal, to remember the evolution of spirit, and to gain wisdom. 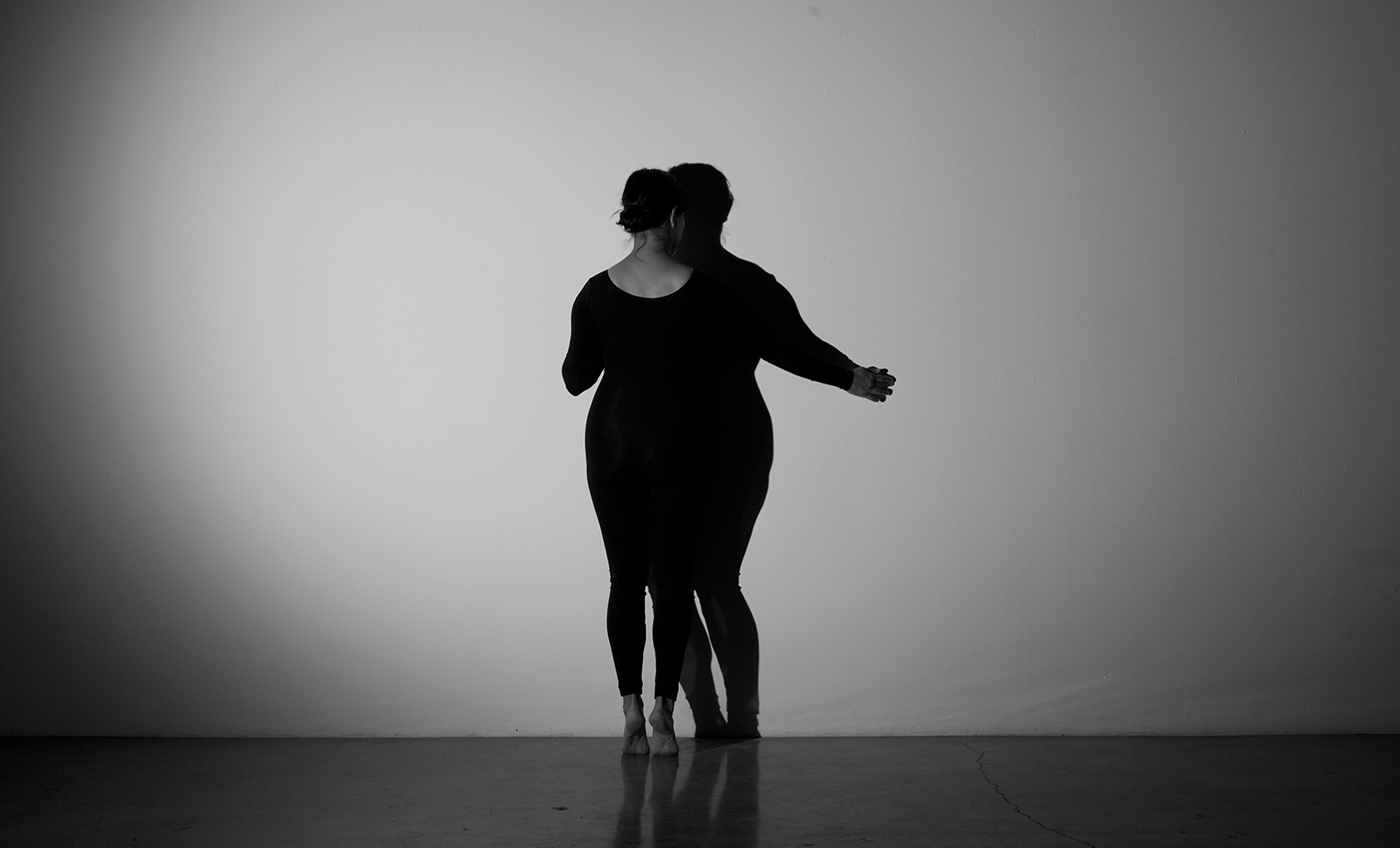 An idea of a boundary is a group exhibition that explores the way people negotiate and claim space.
Read More

An idea of a boundary is a group exhibition curated by SFAC Galleries Associate Curator Jackie Im. The show explores the way people negotiate and claim space. The title, An idea of a boundary, comes from the opening paragraph of The Dispossessed, a novel by influential writer Ursula K. Le Guin, in which a low stone line indicates a delineation between two spaces. This short wall could be crossed at any point, but society has learned to stay clear of it. The artists in this exhibition present works that make boundaries visible, and then they question why they exist and what hold they have over us.

In partnership with SF Camerawork, SFAC Galleries presents a new exhibition curated by Marilyn Claes. Self/Guided examines a connection between structural boundaries and self-identity. We build physical structures to contain humans and things, and we form identities to contain ourselves. Through two forms of landscapes — the interior and the exterior — the exhibited works ask the viewer to consider how identities can act as boundaries and how boundaries can act as identities. Self/Guided features the work of fourteen artists from SF Camerawork's Fine Print Program. 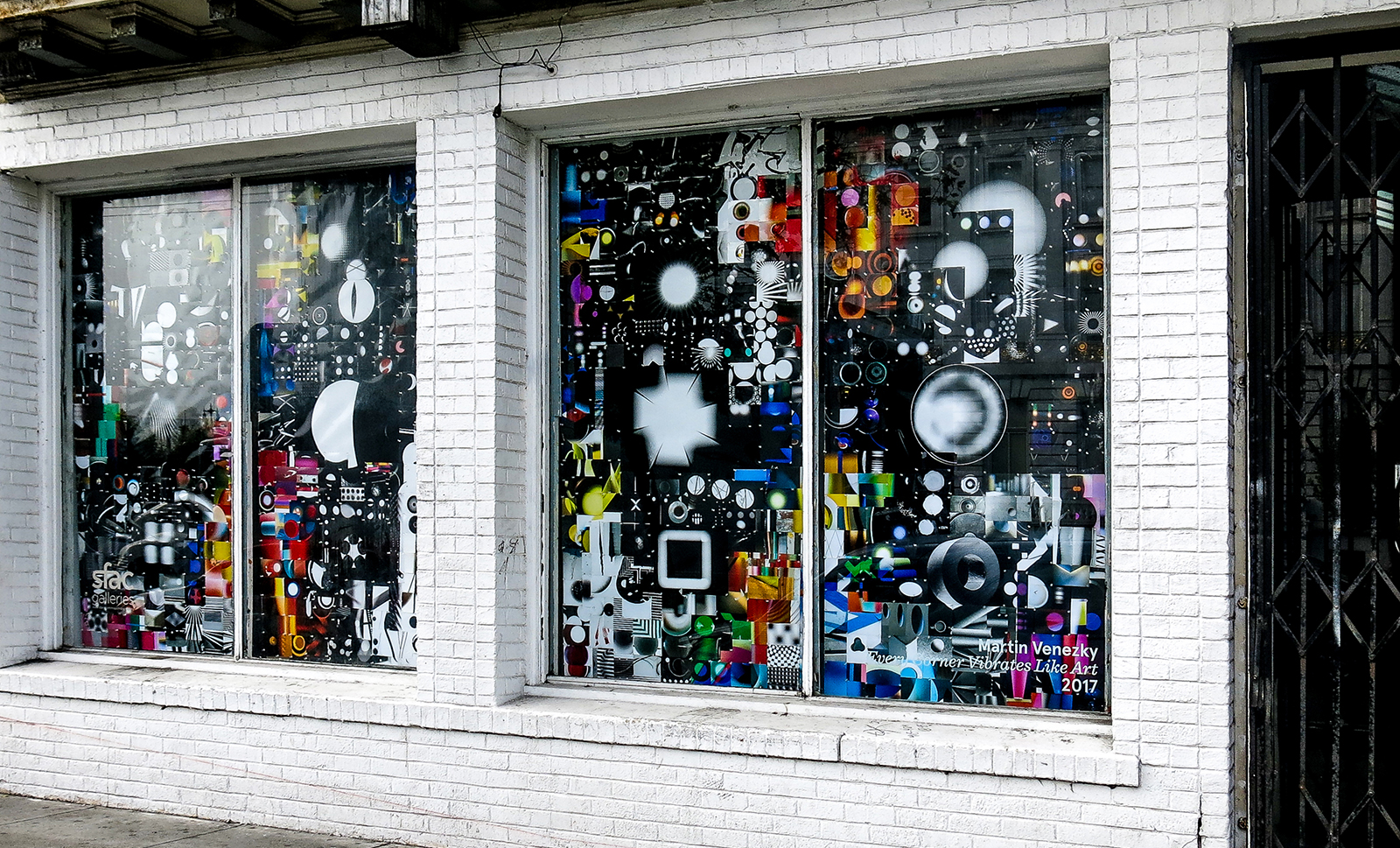 Every Corner Vibrates Like Art by Martin Venezky is the last exhibition at 155 Grove Street, after 47 years of SFAC activity on the site.
Read More

Every Corner Vibrates Like Art by Martin Venezky is the last exhibition at 155 Grove Street, after 47 years of SFAC activity on the site. Venezky is a world-renowned, Bay Area-based graphic designer, and for the past few years he has been producing murals and fine art prints generated from elaborate photo-collages. Venezky’s installation consists of hundreds of unique photographs pinned to a vertical structure placed close to each one of Grove Street’s four storefront windows. This photo-mural, which will stay in place until further notice, is fantastically complicated and eye-catching, and gives passersby the chance to discover new forms and pattern-rhythms over and over again. The images in the photographs were captured in the surrounding neighborhood and inside the building. Venezky spent time considering the history of the building and its place in the Civic Center.

Installation view of Martin Venezky, Every Corner Vibrates Like Art 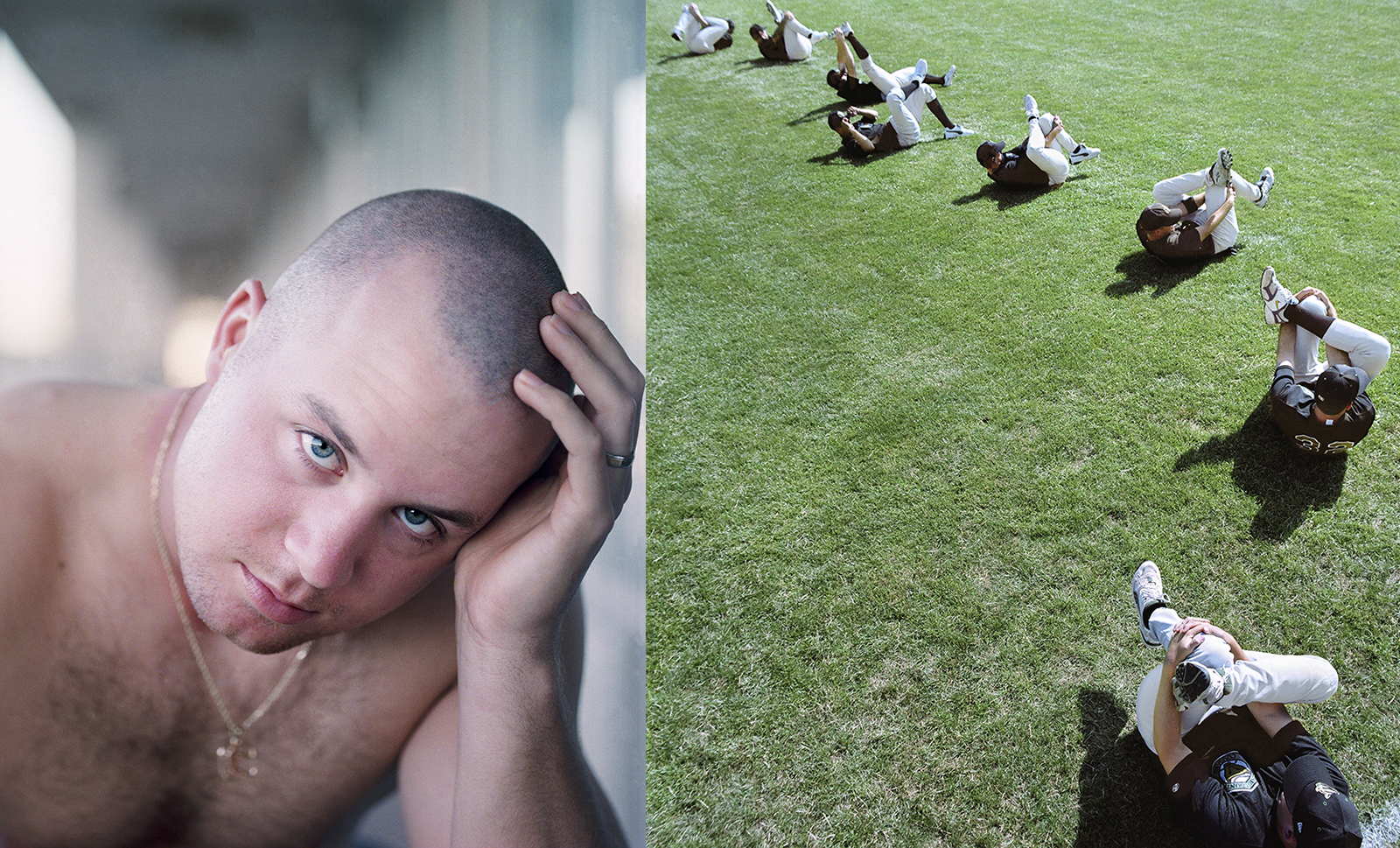 Fantasy Life, an exhibition by Tabitha Soren, reflects a fifteen year photo-based project examining the fragility, tenacity and resilience of the human spirit through the lens of professional baseball.
Read More

In 2002, Tabitha Soren started photographing the new draft picks for the Oakland A’s. In addition to many of those draftees, she followed players from major and minor leagues throughout their careers, photographing their lives in the game as well as personal milestones. Presented by the San Francisco Arts Commission Galleries Art at City Hall program, Fantasy Life features an exhibition of 180 photographs on the ground floor, and nine large-scale banners in the North Light Court featuring tintype images of the SF Giants in action. Soren’s photographs are accompanied by documents ranging from team assignments to first-person narratives from the SF Giants and team members across the country. Soren takes us into intimate and thoughtful territory, creating a complex and epic portrait that celebrates the game we think we know, while it also subverts general notions/assumptions of heroism, power and fame. 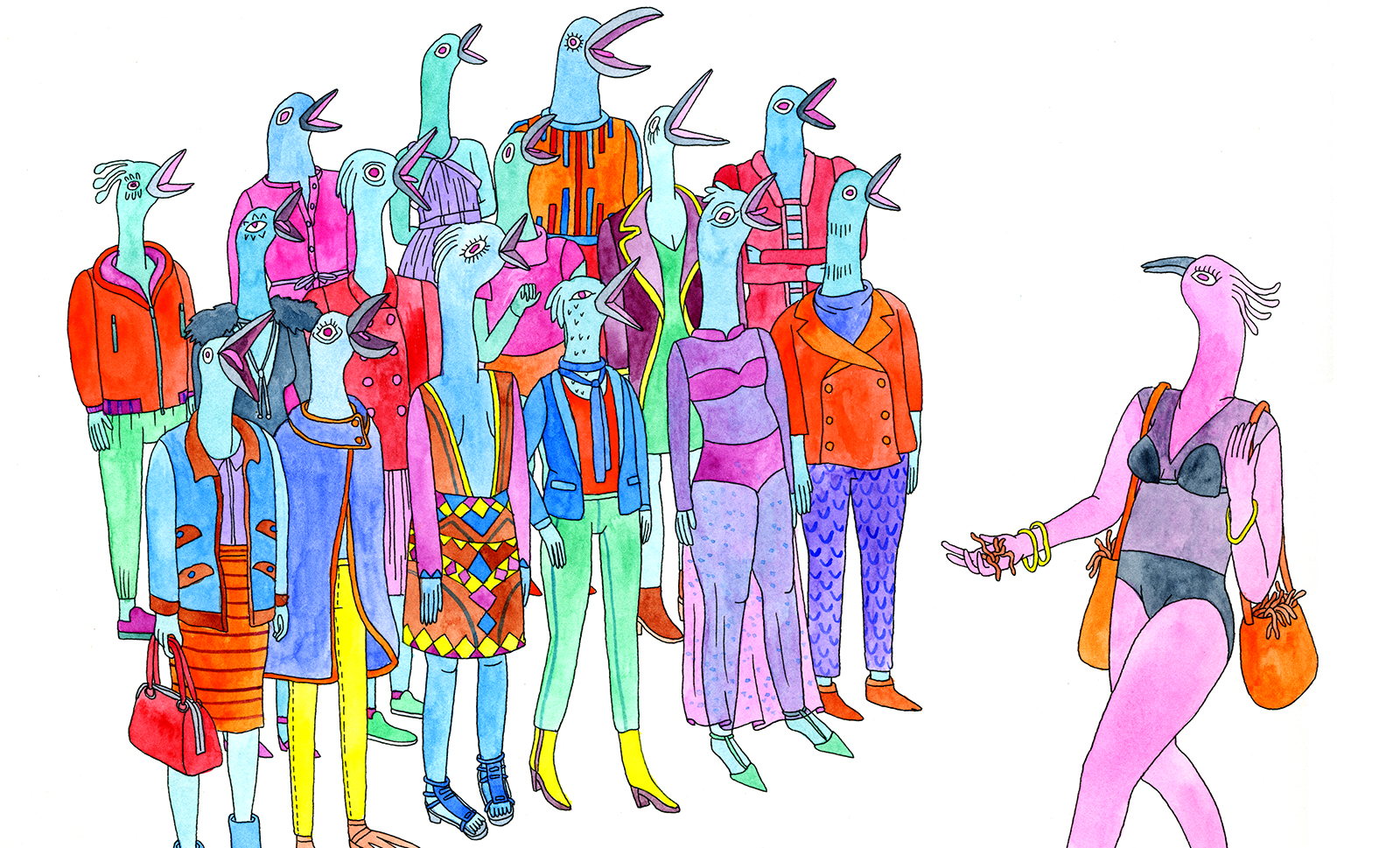 Tiny Bubbles is a group exhibition organized by independent curator Steven Wolf. The show features nine artists known for producing dark and often funny narratives set in imaginary worlds filled with characters that mirror their own searches for meaning. "Like bubbles in a glass of champagne, the effect of sharing space with these dramatically different worlds will be one of prickly effervescence," says Wolf. With projects ranging from a multimedia installation by media and video game artist Porpentine Charity Heartscape to a new video collaboration by regional luminaries J. Otto Seibold and Boots Riley to audio by the anonymous prankster Longmont Potion Castle, Tiny Bubbles challenges as much as it delights. 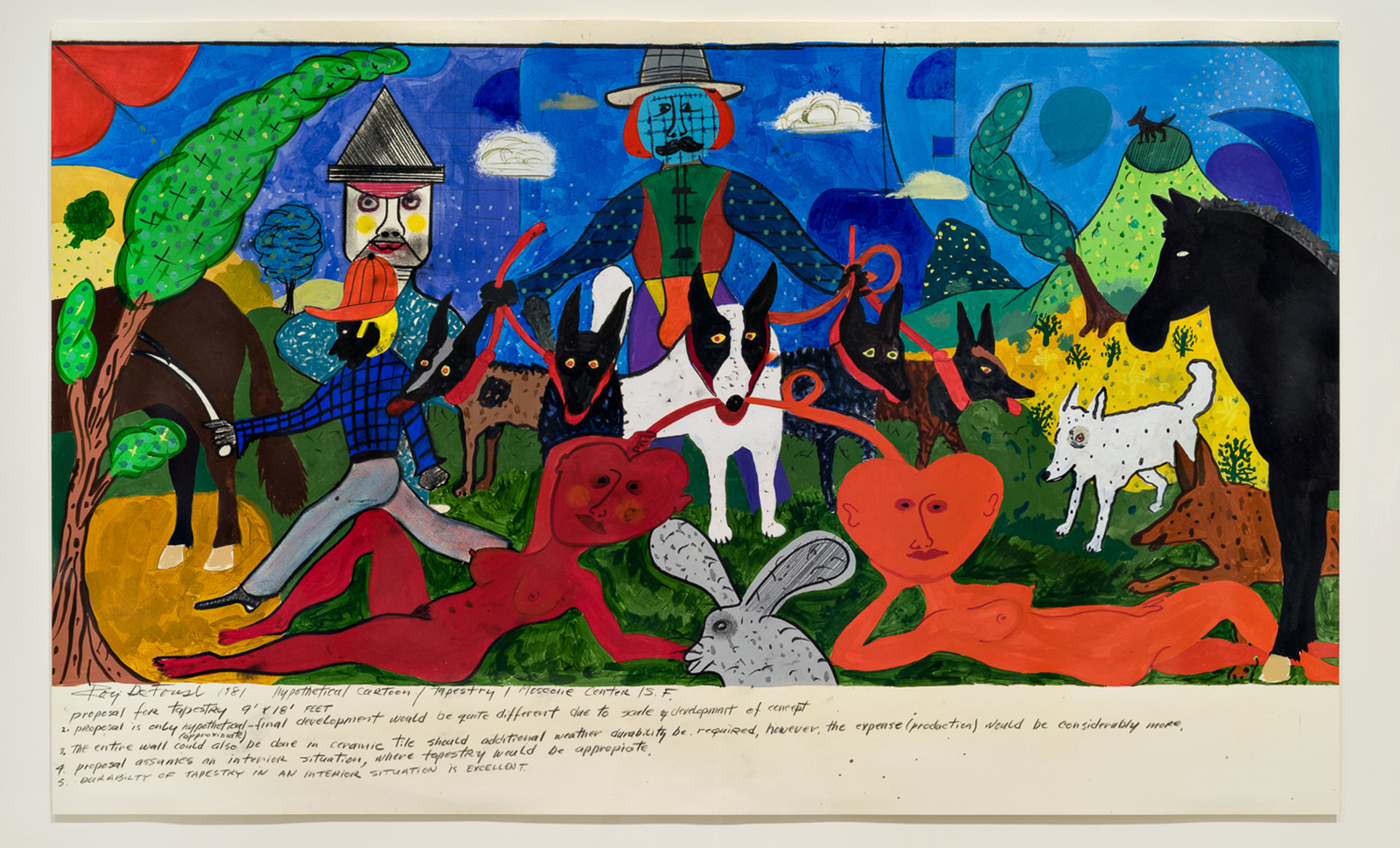 Civic Art Collection Focus: Roy De Forest marks the first in an ongoing series featuring works from San Francisco's Civic Art Collection. Roy De Forest (February 11, 1930 - May 18, 2007) was closely associated with the Funk and Nut art movements, which emerged out of Northern California's vibrant art scene in the 1960s and 70s. These movements were characterized by their inclusion of humor and fantasy. De Forest abandoned high abstraction, which was popular at the time, in favor of figurative imagery of characters and creatures, primarily dogs and horses, which he combined into narratives set amid candy-colored dreamscapes. The exhibition includes the early painting Hunters Secret (1965), a lithograph Purple, Red, Black (1969), the large-scale painting Homage to Zane Gray (1978), and Hypothetical Cartoon/Tapestry/Moscone Center/SF (Proposal for the Moscone Convention Center Competition) (1981). The SFAC Galleries' show occurs at the same time as the Oakland Museum of California's Roy De Forest survey, Of Dogs and Other People: The Art of Roy De Forest, on view April 29 - August 20, 2017.

Sugar Circus features works by Creativity Explored artists Camille Holvoet and Yukari Sakura. Creativity Explored gives artists with developmental disabilities the means to create and share their work with the community, celebrating the power of art to change lives. Camille Holvoet is a San Francisco native and joined the Creativity Explored studio in 2001. Deceptively sweet, like her work, Holvoet’s practice tends to draw on remembrances of life’s anxieties and forbidden desires. Yakuri Sakura works with great focus on what she calls her “very own stories,” gathering inspiration from mythological tales, animated films, and video games. In a new body of work, Sakura pays homage to heroes, daily life, and historical events.