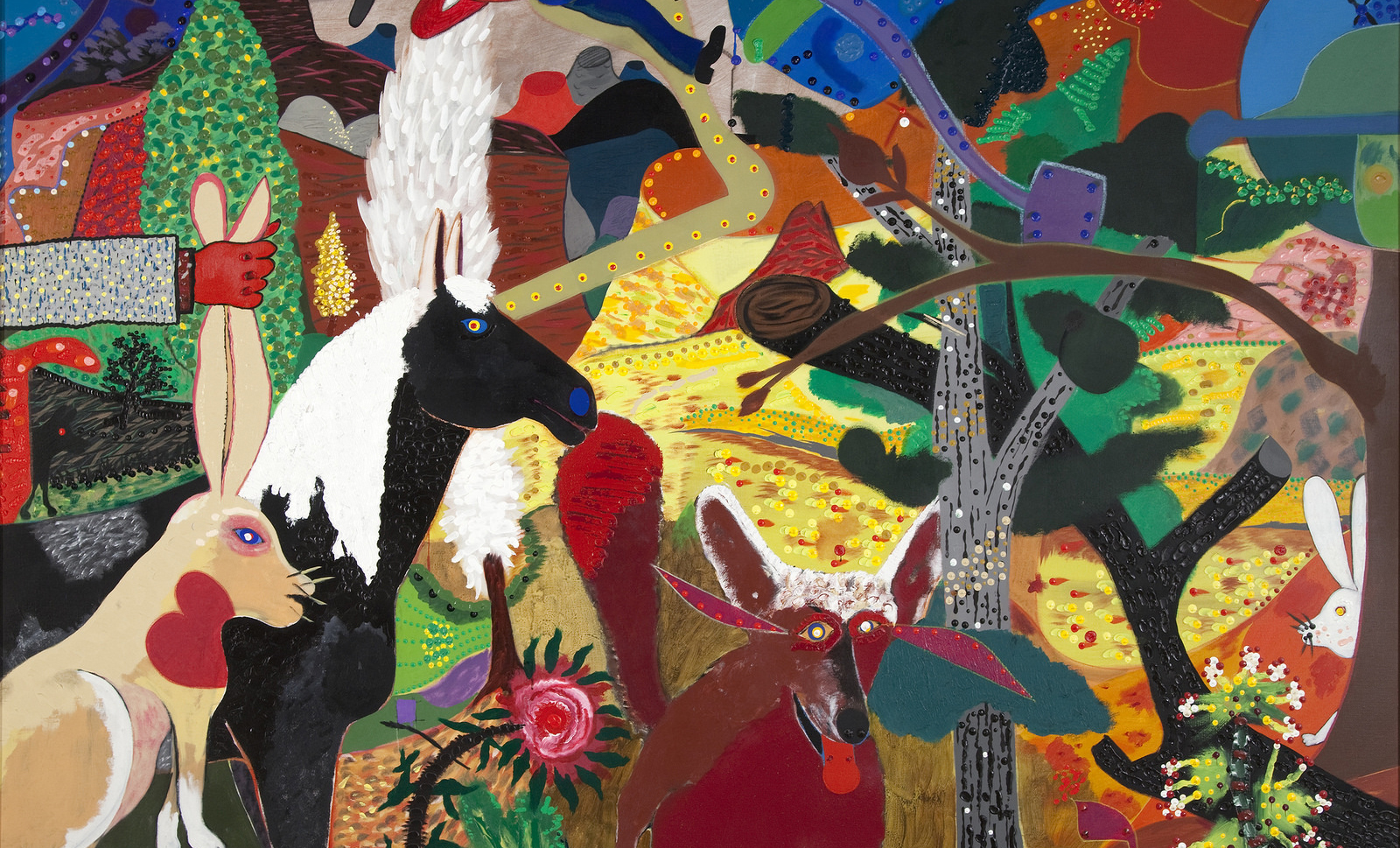 The San Francisco Arts Commission Galleries (SFAC Galleries) announces a dynamic spring season kicking off with Tiny Bubbles a group exhibition curated by independent curator and former gallerist Steven Wolf. On view May 3 through August 19 at the SFAC Main Gallery, the show features ten artists known for producing dark and often funny narratives set in imaginary worlds filled with characters that mirror their own searches for meaning. “Like bubbles in a glass of champagne, the effect of sharing space with these dramatically different worlds will be one of prickly effervescence,” says Wolf.

With projects ranging from a multimedia installation by video game artist Porpentine Charity Heartscape (the only Bay Area artist in the current Whitney Biennial) to a new video collaboration by regional luminaries J. Otto Seibold and Boots Riley to audio by the anonymous prankster Longmont Potion Castle, Tiny Bubbles is sure to challenge and delight visitors. Other artists include Lisa Hanawalt (the artist behind the animated series BoJack Horseman), local artists Megan Reed and Kate Rhoades, RE/Search publisher V. Vale and Queercore performance artist Jerome Caja (1958-1995).

According to SFAC Galleries Director Meg Shiffler, “Tiny Bubbles began with the idea of enlivening a dialogue around works in the City's Civic Art Collection by the acclaimed Bay Area painter Roy De Forest. It’s incredibly exciting to be presenting projects by diverse regional and national artists and cultural producers that embody aspects of De Forest’s legacy while they also respond to the cultural and political climate of the day.”

Civic Art Collection Focus: Roy De Forest marks the first in an ongoing series featuring works from San Francisco’s Civic Art Collection. De Forest (February 11, 1930 – May 18, 2007) was closely associated with the Funk and Nut art movements, which emerged out of Northern California’s vibrant art scene in the 1960s and 70s. These movements were characterized by their inclusion of humor and fantasy. De Forest abandoned high abstraction, which was popular at the time, in favor of figurative imagery of characters and creatures, primarily dogs and horses, which he combined into narratives set amid candy-colored dreamscapes. The exhibition will include the early painting Hunters Secret (1965), a lithograph Purple, Red, Black (1969), the large-scale painting Homage to Zane Gray (1978) and Hypothetical Cartoon/Tapestry/Moscone Center/SF (Proposal for the Moscone Convention Center Competition) (1981). The SFAC Galleries’ show occurs at the same time as the Oakland Museum of California’s Roy De Forest survey, Of Dogs and Other People: The Art of Roy De Forest, on view April 29–August 20, 2017.

Starting May 3, visitors to the SFAC Main Gallery will encounter an interactive installation by Bay Area artist Alison Pebworth titled Innards and Upwards, A San Francisco Wunderkammer that is the second installment of ENTER 126, which features rotating installations in the gallery’s entry. Using the Wunderkammer, or Wonder Cabinet of the Renaissance, as a point of departure, Pebworth presents a large-scale cabinet of curiosities filled with cultural artifacts and bits of local history mined from San Francisco’s waste stream. Originally created while she was an Artist in Residence at Recology San Francisco, Pebworth’s intricate Wunderkammer changes daily with the opening and closing of dozens of doors exposing hidden secrets.

The SFAC Galleries is also pleased to present works by Creativity Explored artists Camille Holvoet and Yukari Sakura at the C+M (Coffee and Milk) café in the lobby of the Veterans Building. Creativity Explored gives artists with developmental disabilities the means to create and share their work with the community, celebrating the power of art to change lives.