In the Debate about Sanctuary Cities, Artist Rodney Ewing Brings Individual Accounts and Memories to the Fore 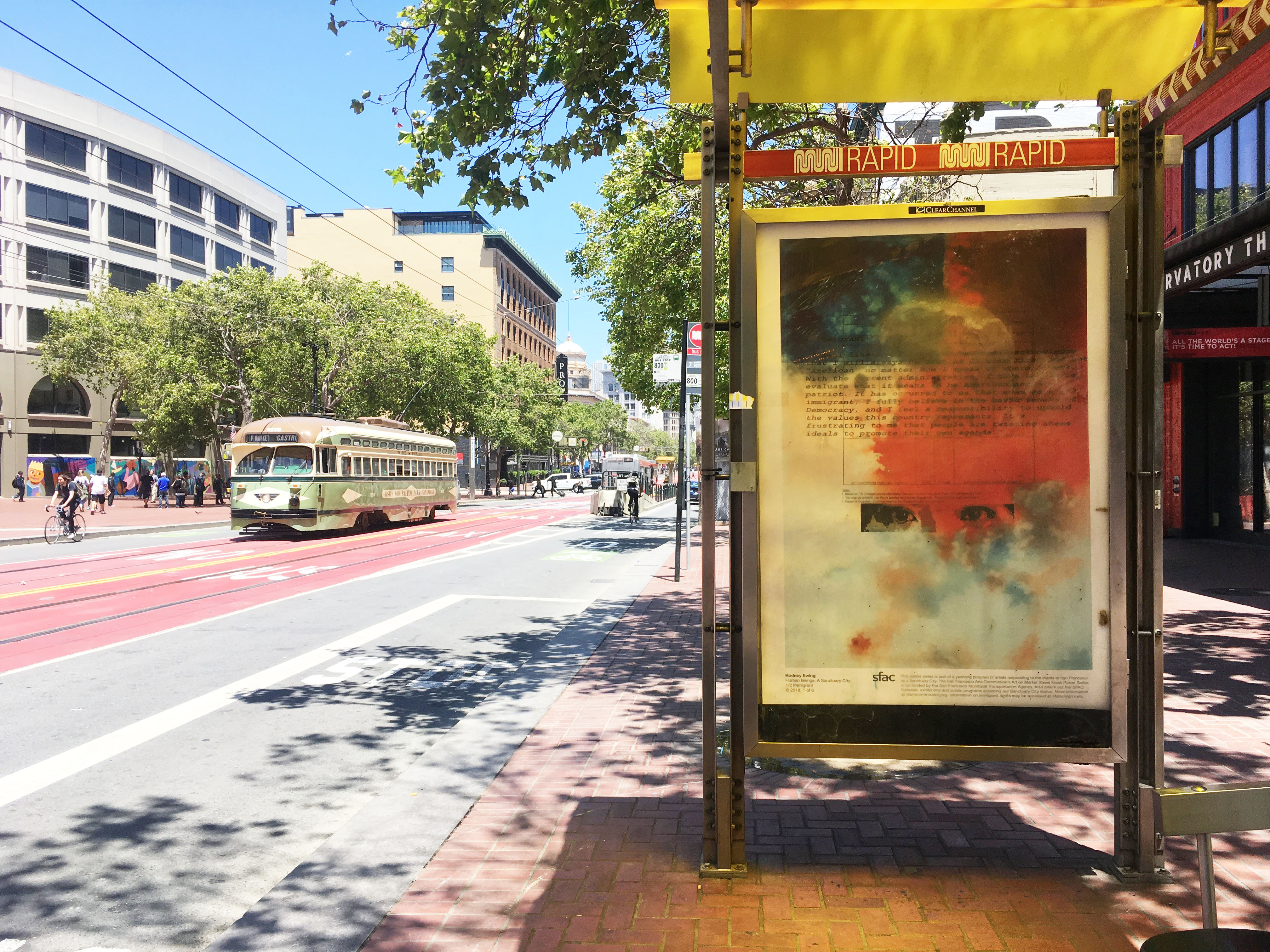 SAN FRANCISCO – For San Francisco-based artist Rodney Ewing it’s too easy to become polarized when debating demanding topics such as race, religion or, as in the present case, San Francisco’s status as a Sanctuary City. In his Art on Market Street Poster Series, Human Beings: Sanctuary City, Ewing intentionally creates a platform to inspire new, more introspective dialogues within a fraught debate by focusing on the individual accounts and memories of immigrants in our community and others who have sought refuge in America. Commissioned by the San Francisco Arts Commission for the bus kiosks along Market Street between the Embarcadero and 8th Street, the series will be on view through mid-August.

According to the artist, “With the current political climate of aggression toward Sanctuary cities and their constituents along with federal reinforcement of this sentiment, I feel that the stories of these individuals and their families are being overlooked. The humanity of these citizens is being taken for granted and as a result our sense of empathy has also suffered.”

Ewing’s strategy for eliciting empathy from his viewers was to seek out individuals willing to share their personal stories. Working with a local immigration organization Working with local immigration organizations such as KIND (Kids in Need of Defense), and personal connections, the artist gained the trust of his subjects who were assured that their information would only be used for this project. Through the process, he met individuals from China, India, Mexico, Pakistan and the Ukraine. He honors their heritage by including the colors of their home country flags on the posters.

Each poster also features a reconstruction of the “ten card,” an institutional system of identification used to record fingerprints that enable government agencies to confirm identities. “This process of documentation does not allow for an accurate or intimate history of the individual,” says Ewing. To remedy this, Ewing overlays the subject’s personal narratives over the cards to “present an opportunity for each person to define themselves in a way that’s important and relevant to them. These stories will also create a platform for the viewer that removes the issue of immigration from a monolithic politicized narrative, to a specific one that requires them to be present and empathetic.”

“Rodney Ewing is fearless when it comes to addressing social issues in his work and calling out systems of oppression in our country,” says Director of Cultural Affairs Tom DeCaigny. “We are thrilled to be able to work with him on our Sanctuary City Art on Market Street Series.”