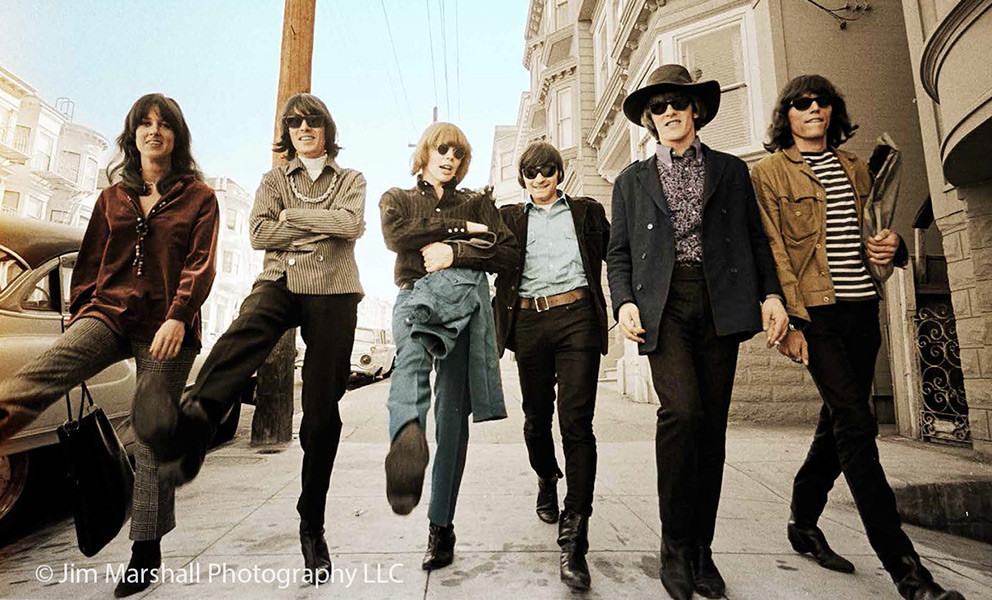 SAN FRANCISCO - What would it have been like to be an ambitious music photographer in San Francisco in 1967? Follow iconic photographer Jim Marshall as he captured some of the most important cultural and social events of the year that defined an everlasting identity for San Francisco. Marshall had an all-access pass to documenting history in the making. He stood next to Allen Ginsberg at the Human Be-In in Golden Gate Park and was onstage with the Grateful Dead at their street concert in the Panhandle. This exhibition will be on view January 26 - June 17, 2017.

The San Francisco Arts Commission Galleries is pleased to present Jim Marshall’s 1967. The exhibition at City Hall features a selection of 80 images from the thousands Marshall took in one fast-paced calendar year. Presented in chronological order, visitors can follow the artist as he shoots album covers for Jefferson Airplane, cavorts at home with Janis Joplin, shoots in the middle of a mass of Hell’s Angels and gets impossibly close onstage with Jimi Hendrix. Marshall was dearly loved and respected by musicians of all genres. He spent his life documenting jazz, folk and then rock and roll, and was living and working in San Francisco when California bands like Moby Grape, Buffalo Springfield, The Charlatans, Jefferson Airplane and the Grateful Dead were at the forefront of solidifying a cultural movement that had its heyday in 1967.

SFAC Galleries Director and exhibition co-curator says, “We’re thrilled to be presenting, for the first time, an exhibition that focuses on the way that photographer Jim Marshall helped to define our cultural understanding of the Summer of Love, the San Francisco hippie movement, and the birth of psychedelic rock and roll. Previous exhibitions have used Marshall’s work to illustrate a story about history, whereas this show will highlight the artist, his unfathomable shooting schedule, and his unprecedented access to his subjects. Everyone will get to know Jim.”

Marshall’s career spanned over 50-years and he created hundreds of legendary images that are fixed onto the public consciousness. His photographs have appeared on the covers of over 500 albums and captured iconic and candid portraits of Janis Joplin, Jimi Hendrix, Johnny Cash, Neil Young, Bob Dylan, the Allman Brothers, Led Zeppelin, the Grateful Dead, The Beatles, and countless others. In a 2014 article in The New York Times, celebrity photographer Annie Leibovitz called Marshall, “the rock ‘n’ roll photographer.”

Jim Marshall’s 1967 is part of a citywide celebration of the 50th anniversary of the Summer of Love. The exhibition features a trove of photographs taken by Marshall that capture the vitality of the neighborhood and the multiple scenes and movements that called the Haight and San Francisco their home.

Jim Marshall's work can also be seen in the Bay Area in two concurrent projects. American Civics is a collaboration between Shephard Fairey and Jim Marshall Photography, LLC. Fairey has interpreted Marshall's portraits of icons such as Johnny Cash, Cesar Chavez and Fannie Lee Chaney, as human faces behind enduring social issues such as voting rights, mass incarceration, and worker's rights. These images are on two billboards in San Francisco, with more coming in 2017. Visit americancivics.com.

Jim Marshall's portraits also grace the windows of the San Francisco Unified School District building across the street from the SF Jazz Center on Franklin Street. The installation features photos of legendary jazz musicians including Dizzy Gillespie, Miles Davis, John Coltrane, Count Basie, Anita O'Day, Charles Mingus, Vi Redd, and Nina Simone, among many others. The installation will be on view through May 2017.

Check out The Haight: Love, Rock And Revolution, Joel Selvin and Jim Marshall's award-winning book on the counter culture movement in the San Francisco Bay Area in the 1960's.

Jim Marshall’s 1967 was made possible through a partnership with the estate of Jim Marshall/Jim Marshall Photography, LLC.