SFAC Galleries Examines What it Means to be a Sanctuary City

Announcing Sanctuary City: With Liberty and Justice for Some, on view for a limited time at the SFAC Main Gallery 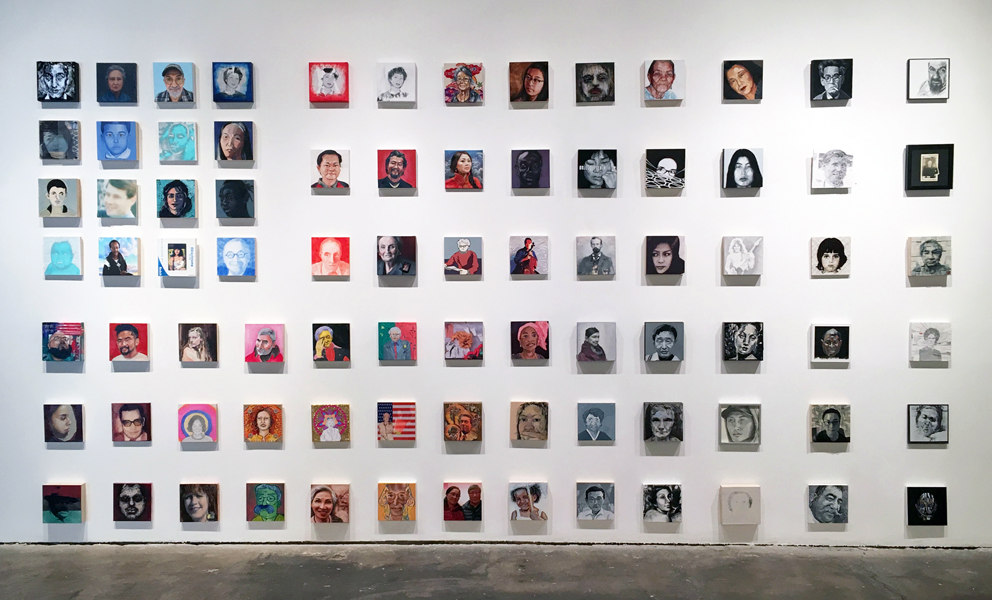 “We will not waver in our commitment to protecting the rights of all our residents nor will we compromise the safety of our communities,” says Mayor Edwin M. Lee. “San Francisco’s sanctuary city status makes our city safer, healthier, and stronger. I applaud the San Francisco Arts Commission for engaging artists in this important dialogue and for offering the public new avenues to explore this issue. This exhibition underscores our city’s values and our commitment to protecting and celebrating our diversity.”

For this inaugural Sanctuary City presentation, the SFAC Galleries is pleased to partner with Walter Maciel Gallery in Los Angeles to bring their critically acclaimed exhibition With Liberty and Justice for Some. Co-curated by Bay Area artist Monica Lundy, this exhibition features over 125 portraits of immigrants to the United States by 100 artists from Los Angles and the Bay Area. Conceived in response to the presidential election in November, the show is a statement in response to the current administration's new executive order that blocks citizens from six Muslim-majority countries (Syria, Iran, Libya, Somalia, Sudan and Yemen) from getting visas for 90 days, and reinstates a temporary blanket ban refusing admission to all refugees for 120 days.

“The power of With Liberty and Justice for Some is that it reminds us of the complex history of United States imigration and that our diversity is what has made us a great nation,” says Director of Cultural Affairs Tom DeCaigny. “I think visitors to the exhibition and future public programs will be moved by the stories they encounter.”

SFAC Galleries Director Meg Shiffler is “thrilled that San Francisco residents and visitors will be able to see this extraordinary exhibition. Not only are many of the artists in the show from the Bay Area, but it’s also incredibly relevant and timely for San Francisco’s municipal gallery to host an exhibition like this given Mayor Lee’s firm stance on retaining San Francisco’s Sanctuary City status. This exhibition reinforces the City’s firm solidarity with our immigrant and refugee residents.”