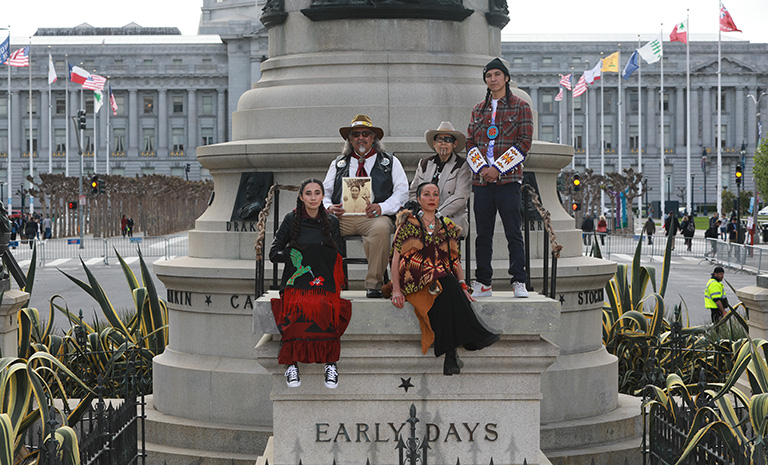 On April 5 and 6, the San Francisco Arts Commission hosted over 150 members of the Bay Area’s Indigenous community to be photographed on top of the empty plinth that, until recently, held the Early Days component of the Pioneer Monument in San Francisco’s Civic Center. The sculpture was removed in September 2018 in response to decades of community objections to its racist and historically inaccurate depiction of Indigenous Peoples. Three photographers, Britt Bradley, Jean Melesaine, and Hulleah J. Tsinhnahjinnie, captured the two-day event turned community celebration and reclamation of the site. The Early Days photo project empowered the local Indigenous community to challenge the way that they are seen in the public realm and was the precursor for the Arts Commission's Citywide American Indian Initiative. The photographs comprise the San Francisco Arts Commission Galleries’ latest exhibition The Continuous Thread: Celebrating our Interwoven Histories, Identities and Contributions.

According to exhibition curator Carolyn Melenani Kuali’i, “Resistance and resilience have been at the forefront of our community since the dawn of foreign agents and settler-colonialism. And we are still here, never losing sight of both who we are and also that our cultural traditions and spirituality are our greatest weapons!”

The exhibition, which opens on October 4, officially kicks off the Arts Commission’s American Indian Initiative that includes exhibitions, a temporary projection project, public celebrations, concerts, a film festival, a fashion show, and over 14 community partners. The Initiative, orchestrated by Barbara Mumby, director of the Arts Commission’s Community Investments Program, coincides with the 50th Anniversary of the Occupation of Alcatraz, the one-year anniversary of the City’s first Indigenous People’s Day and the anniversary of the removal of the Early Days sculpture. 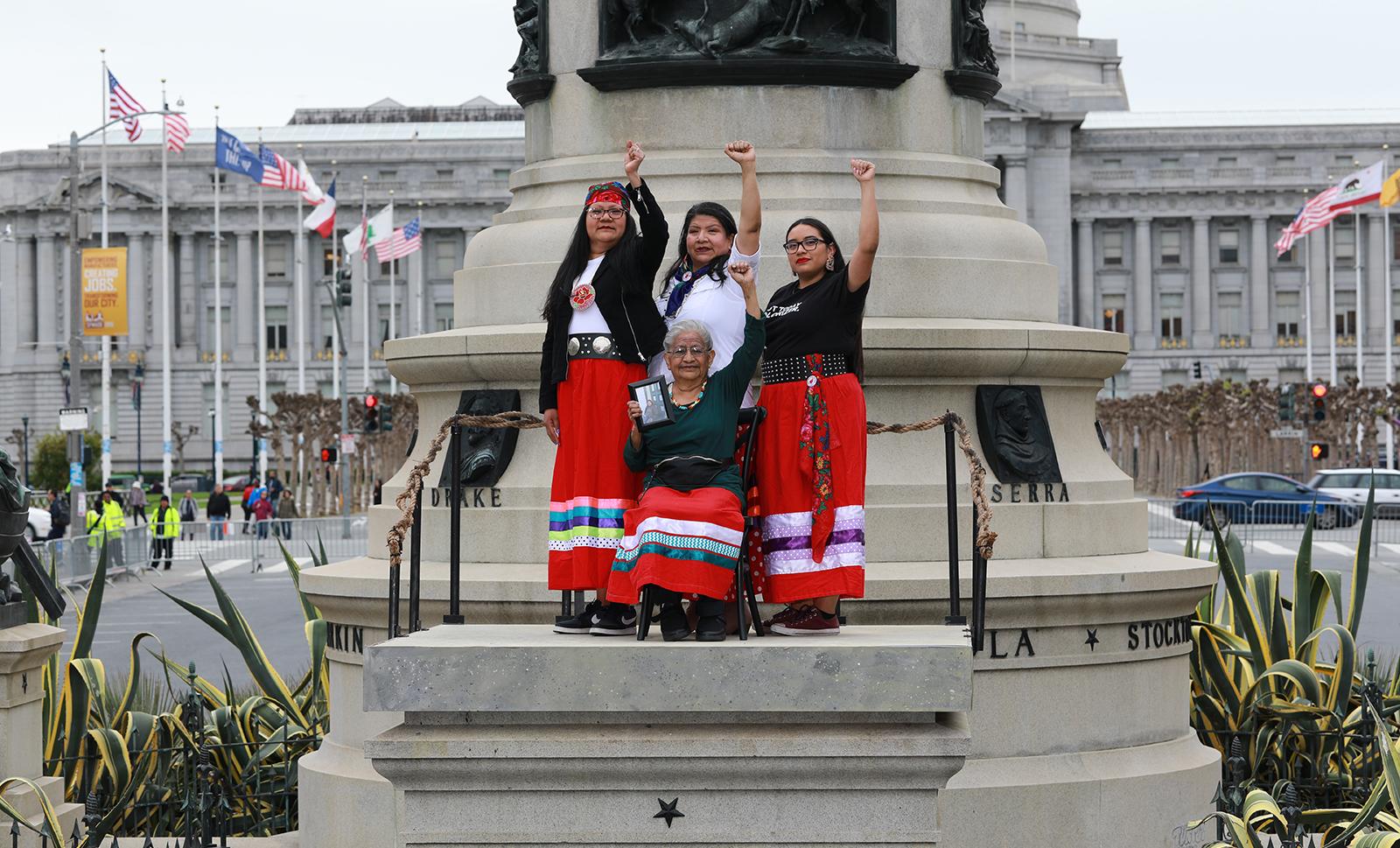