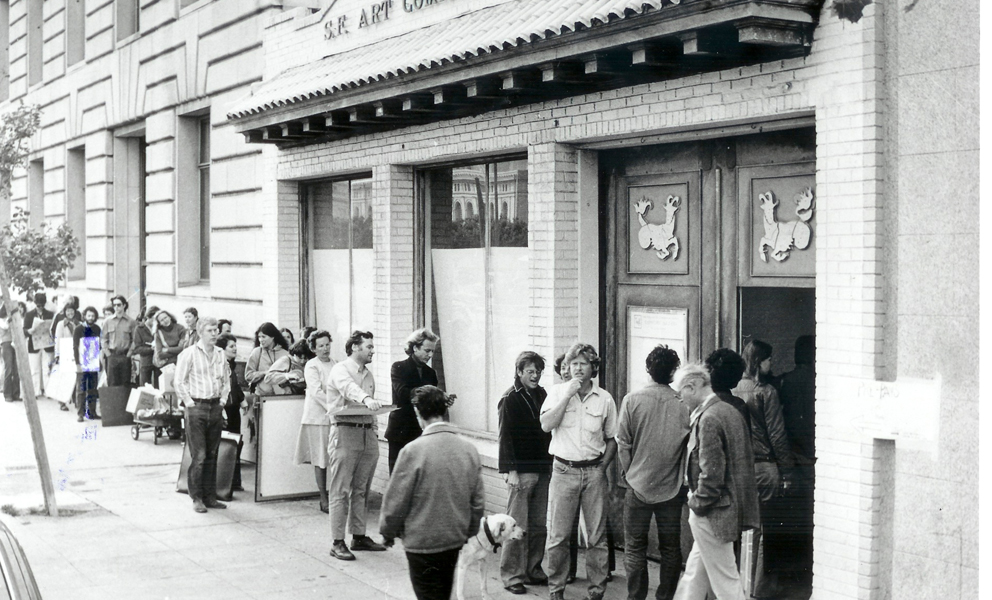 According to SFAC Galleries Director Meg Shiffler, “It’s the end of an era, and the beginning of a new chapter in the San Francisco Arts Commission Galleries’ history. Although the physical state of 155 Grove Street is no longer hospitable to our continued work there, we’re honored to be able to host an event that celebrates the efforts of thousands of artists, curators, volunteers and SFAC staff members who made Grove Street such an important part of Bay Area cultural history.”

Founded in 1970, under the direction of then Visual Arts Director Elio Benvenuto, the Gallery first opened its doors at 155 Grove Street under the name Capricorn Asunder. This new municipal gallery was a direct response to the growing needs of local artists to have more alternative spaces to show their work. From 1970 to 1994, 155 Grove Street served as the Arts Commission's main gallery until it moved to a temporary location at the Veterans Building when Grove Street was declared a seismic hazard. To mark the move, a Seismic Farewell Party was held on August 26, 1994.

In 1996, 155 Grove Street reopened as a site for large-scale installation works that are viewable from the sidewalk 24/7. As the SFAC Galleries Window Installation Site, 155 Grove Street became a space for artists to experiment and expand their practices in a large space. Now that the new 2,000-square-foot SFAC Main Gallery in the Veterans building can accommodate large-scale work, Arts Commission leadership felt that it was time to concentrate its focus and resources.

“Over the past 47 years, the SFAC Galleries is proud to have served over 1500 artists at 155 Grove Street. We’re saying goodbye to Grove Street just one year after we said hello to our beautiful expanded gallery in the Veterans Building where we continue to serve artists, residents and visitors to the Bay Area,” says Director of Cultural Affairs Tom DeCaigny.

The public is invited to an Official Closing of Grove Street event on Saturday, August 26, 2017 from 6 – 8 p.m. Two local artists will help say farewell with a performance and the space’s last site-specific installation. Using hundreds of 4”x6” photographs taken of the Grove Street space and the surrounding Civic Center neighborhood, renowned graphic designer, Martin Venezky of Appetite Engineers, will weave together a graphic mural that will inspire viewers to slow down and take a closer look. Celebrated painter and performance artist Cliff Hengst will be the master of ceremonies for the closing event. Wearing a handmade musical suit, Hengst will lead a procession that begins at 155 Grove Street and moves to the new Main Gallery at the War Memorial Veterans Building. The performance will end with a reception and remarks inside the new Main Gallery at 401 Van Ness.